Twin Otter on Floats: Specifications, Features and my Personal Experience 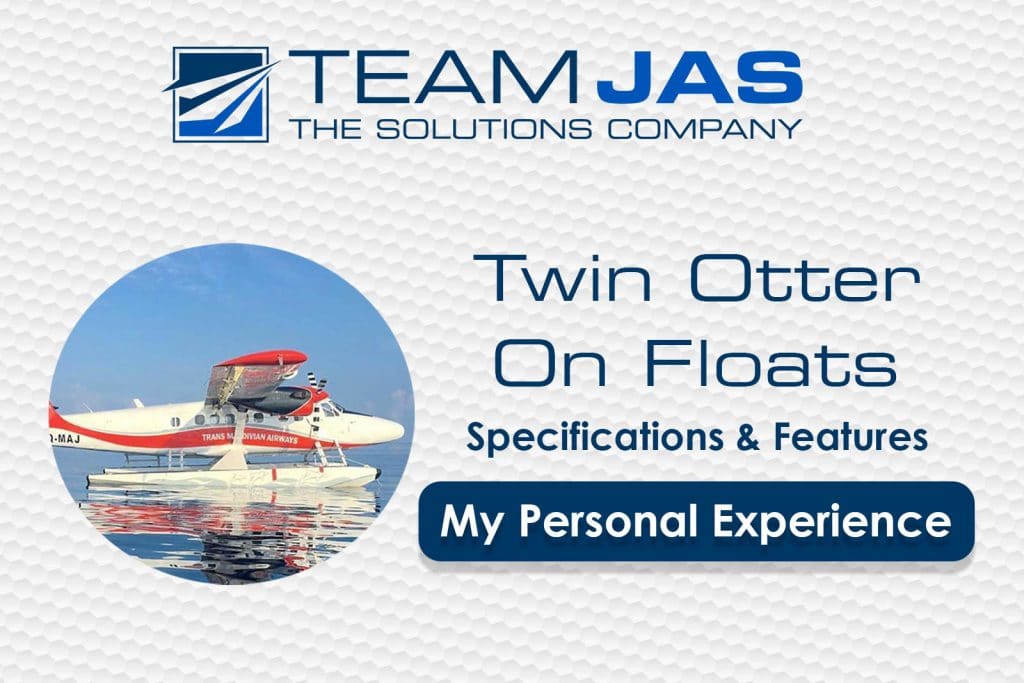 I’ve been working in the Twin Otter industry since 2006. In all of those years, I had never flown in a Twin Otter on floats; until Spring 2018 that is. I found myself in Aarhus, Denmark working on an inventory project with Nordic Seaplanes. They have a beautiful twin otter on floats. From where I was working, I was able to watch the Twin Otter take off and land multiple times throughout the day. I wondered how different the experience would be to take off and land in water compared to landing on a runway. I did not have to ponder this thought in my head for very long…

Moments after the Twin Otter had landed, one of the lovely flight attendants walked up to me and said, “We have an extra seat on the next flight. Would you like to go to Copenhagen?” I contained my excitement, but obviously, the answer was a resounding “YES!”

Within 30 minutes, I was fastening my seatbelt and preparing for my first takeoff in a Twin Otter on floats!

The smooth takeoff took me by surprise! In fact, it was much smoother than a takeoff on a runway. There’s no harsh climb, it’s just a steady takeoff and climb. (If you’ve ever flown in a Twin Otter, you know the feeling!) About 50 minutes later, we were landing in Copenhagen. I had no idea what to expect with the landing. My reaction was once again, shock! The aircraft stops much faster than it does on a runway – in addition, you can hardly tell you’re landing. The transition from air to water is very smooth!

Overall my first experience flying in a twin otter on floats is exceptionally positive! It’s the new standard for how I prefer to fly.

I did some additional research about twin otters on floats, here’s some of that data for you to learn more about it:

From Northern Canadian to the Maldive Islands, the Twin Otter is the best-selling 19-passenger commuter airplane. The original twin otter on floats was equipped with CAP 12000 aircraft floats. The current production and parts are manufactured by Wipaire. Thankfully, Team JAS is a Wipaire distributor and we have any parts or floats that you need available at a discounted price. (Learn more here)

Several different float models are available for the De Havilland Twin Otter DHC-6. Whether you use your Twin Otter for business or play, you can get the best performance and overall enjoyment during your flight time with floats added!

If you have this powerful twin-engine aircraft with a set of floats, it can take your operation to the next level. The Twin Otter is operated with either a standard seaplane float configuration or amphibious floats to allow flight between runways and seaports. The landing and short takeoff capabilities of the Twin Otter enable it to navigate bodies of water such as seas, oceans, rivers, and lakes with ease.

Features of the Twin Otter on Floats:

Have you had an experience flying in a Twin Otter on floats? If so, I trust that you also had a positive experience. If not, it’s time to book your flight!